When did the Shwajn come alive? There's no exact date on that one, although it must 've been when I was about 15 years of age, when my passion for network and online gaming grew strongly. Every online gamer needs a strong nickname / player name. Even in the world of online gaming, reputation is so important, since it's both a world of team effort, as well as hard competition. Quite similar to the world of designing and advertisement, if I look at it this way...

As a child, my friends liked to rhyme to my first name. In Dutch, they would say "Stijn het zwijn", translated as Stijn the boar. I was OK with that name, I do like these creatures alot.

When my online gaming life started, I knew my nickname had to be about a boar, one way or the other. The name Zwijn sounded a little to plain to me, and I thought the German word for boar, "schwein", had some more punch to it. From that moment on, that was my new gaming nickname. After a short while, I thought the name missed some originality. Also, I considered myself to be somewhat more civilized than the typical boar. I wasn't a real "Schwein", so I adjusted the name so Dutch speaking players would still be able to make up where the name came from, and for others, it would just be that weird name that stood out of the rest of the player names. Thus, Shwajn was born. :-)

Growing older, and evolving in the gaming community, I started building my own custom world maps for games such as Half-Life, Team Fortress Classic and Counter-Strike. That's when I developed my love for designing, the satisfaction of creating something of my own, which afterwards seemed to be liked by many others.

So I changed school and became a student in the field of Multimedia Techniques at THHI Tessenderlo, which was at that time one of the few technical oriented schools that provided this field of study.Here I learned to build websites the old school way (coding html, css, javascripting, etc.) but also the more artistic aspect of Multimedia, through Adobe Illustrator and Photoshop.

This was exactly what I liked, these were the basics I was looking for.As a Thesis, I was asked to design an entire corporate identity for myself, supposing I would start my own business.

There was never any doubt that Shwajn would once again be my nickname, but this time as a graphic designer. Shwajn Design was born. 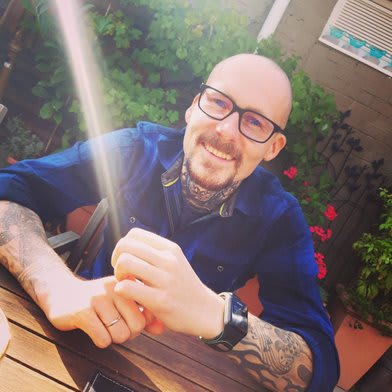